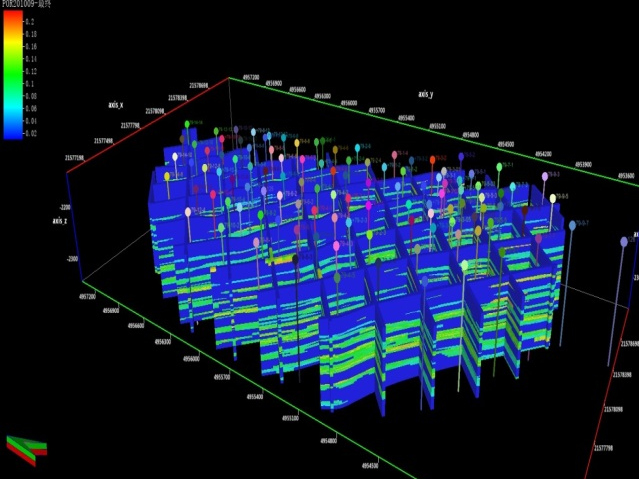 Block H125 mainly develops Qingshankou oil layer. The top structure of the Qing 1st sublayer is a broken nose structure blocked by reverse normal faults. The reservoir type is a layered lithological structure reservoir. The current injection-production scale is encryption five-point well pattern, including 27 injection wells and 38 production wells. The main target layers in the north of Block H125 are delta front deposits. The main microfacies types of each sublayer are bar.

In geological modeling, the first step is to use well header and well picks to establish a structural model, and to set the increment in I and J direction to control the grid quality and well pattern.. Next step is Laying. In the vertical direction, the oil-bearing layer is laying according to a grid of 0.5 meters. The muddy interlayer and the oil-free sand body are not laying or with a fixed value of 2 point.

Sedimentary facies modeling based on the lithology result. There are two lithologies, sandstone and mud.  In order to ensure the accuracy of sandstone division, the sandstone of each well is interpreted according to the log data. And through the comparison of the results of various algorithms, it is concluded that the sedimentary facies model obtained by Kriging’s interpolation method is the most reasonable.

Sequential Gaussian simulation algorithm is a stochastic simulation method that uses Gaussian probability theory and sequential simulation algorithm to generate the spatial distribution of continuous variables. It makes random variables conform to the normal distribution and is considered to be the preferred method for simulating continuous variables. Therefore, for physical parameters, it is more reasonable to use sequential Gaussian simulation algorithm interpolation on the basis of sedimentary facies model. In the interpolation process, different sedimentary microfacies need to be processed to establish porosity model,  permeability model respectively and Oil saturation model. 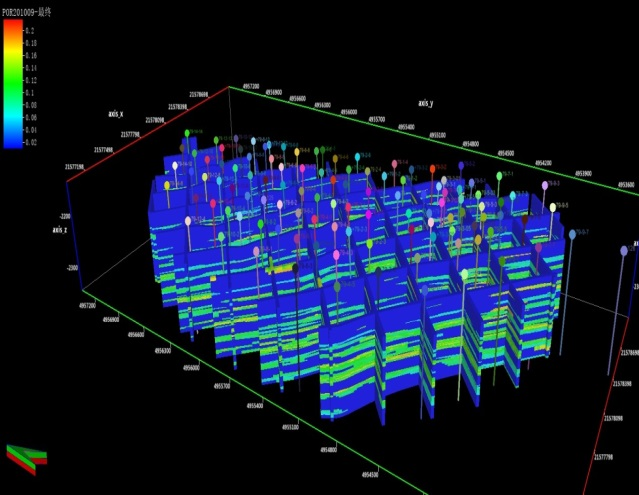 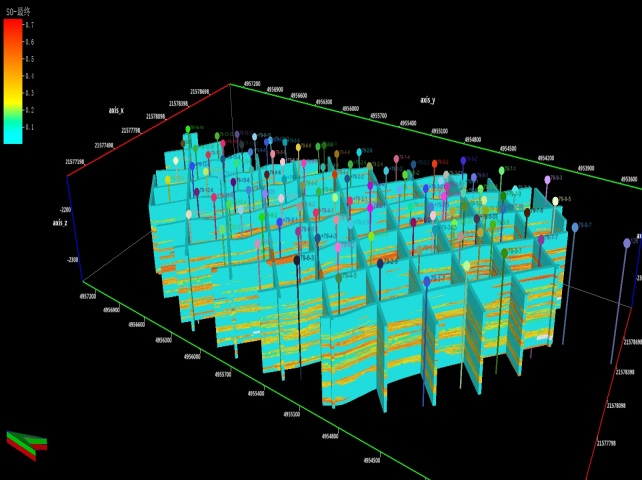 According to NTG model, porosity model and So model, the STOOIP of H block is 1.705 million tons. which is different from the 1.631 million tons of geological reserves in the test area calculated by the volumetric method 74,000 tons, the error is 4.3%, which is less than the allowable error of 5%.

The grid accuracy is 20×20 meters on the plane, and 0.5 meters in vertical. The total number of grids is 2.324 million. Through multiple comparisons between the model property profile and the actual reservoir profile, it is considered that the model is highly consistent with the actual one. which can well reflect the distribution of the reservoir underground and provide reliable static data for the following reservoir simulation.